The Protector of Citizens ascertained that police officers in Belgrade, Niš and Novi Sad, due to untimely and inefficient handling of citizens' reports, did not establish the identity or consider the existence of the grounds for pressing misdemeanor charges against individuals who were gathering on the rooftops of buildings during the state of emergency and recommended initiating disciplinary proceedings against police officers who were in charge of dealing with citizens' reports.

In the recommendations for rectifying omissions in the work, the Protector of Citizens asked the Ministry of Interior (MOI) of Serbia to take all necessary measures so that police officers in future work take all necessary actions in a timely manner in order to establish public order and peace (go to the scene, identify the perpetrators of misdemeanors, submit requests to initiate misdemeanor proceedings if there are grounds).

The police administrations of the Ministry of Interior in Belgrade, Niš and Novi Sad should conduct disciplinary proceedings against police officers who were in charge of dealing with citizens' reports of gathering of unknown individuals on the rooftops of residential buildings from 29 April 2020 to 3 May 2020, in order to determine whether they committed any of the severe violations of working obligations under Article 207 of the Law on Police in acting upon the above-mentioned reports, the Protector of Citizens stated.

The Protector of Citizens stated that MOI would take care that similar omissions would not occur in acting upon citizens' reports with a view to preventing the commission of misdemeanors and sanctioning accountable persons, and asked this ministry to inform him of the outcome of the initiated disciplinary proceedings, as well as on the undertaken measures no later than 60 days.

In the own-initiative investigation initiated following media reports, the Protector of Citizens determined that the police officers in these three cities did not act upon the reports filed by the citizens from 29 April 2020 to 3 May 2020, failed to prevent the gathering of individuals on the rooftops of residential buildings that used pyrotechnic devices (torches, firecrackers), at a time when the ban on movement in public places was in force.

The Protector of Citizens ascertained that, due to the aforementioned omissions in the work of the police, the identity of persons who potentially violated public order and peace, regulated by the Law on Public Order and Peace, as well as those who violated the ban on movement during a state of emergency, prescribed by the Decree on State of Emergency Measures, remained undetermined.

The Protector of Citizens ascertained that the repercussion of such actions of police officers was the danger of disturbing public order and peace in the mentioned period, and that the efficient application of Government of Serbia’s measures to suppress and curb the spread of the contagious disease Covid-19 and protect the population was challenged.

After learning from the media that the representatives of one organization intercepted migrants in Belgrade using batons, dogs and threats and called for the spread of xenophobia, racial and religious discrimination, the Protector of Citizens requested the Ministry of Interior to provide information on the activities it undertook in that respect.

The Protector of Citizens learned from the media that members of the "Leviathan" movement were patrolling the center of Belgrade with batons and dogs, intercepting migrants and threating with a ban on moving around the city, and then posted videos of these activities on social networks. The media also announced that the organization "People's Patrol" on 25 October 2020 organized an action named “cleansing” the park near the Faculty of Economics where migrants are located.

The Protector of Citizens demands the Ministry of Interior of Serbia to submit detailed information within 15 days on the activities it has undertaken and plans to undertake regarding the activities of the mentioned organizations in order to prevent crime and improve security in the community.

In this regard, it is necessary that the Ministry of Interior provide information on how the police intelligence model was applied in the case, what measures and actions were taken regarding the fact that these organizations used batons, dogs and threats to intercept migrants in Belgrade and called for the spread of xenophobia, racial and religious discrimination.

The Protector of Citizens has requested from the MOI to submit as well the data on what prevention measures have been implemented, what dynamics have been applied in the period since receiving information that the events took place on the streets of Belgrade, whether cooperation has been established with other state bodies, particularly information on of police officers’ actions regarding the above events.

Upon learning from the media that Social Welfare Center Malo Crniće, assisted by the police and with a judge present, removed a five-year-old child from the parents due to poverty, the Protector of Citizens initiated investigations to control work legality and regularity of the Ministry of Labor, Employment, Veteran and Social Policy and the local center.

The Protector of Citizens has requested the competent ministry to submit a report on the actions pertinent to this case, as well as the minutes and copies of documentation on the monitoring over the work of the Social Welfare Center Malo Crniće in this case, within 15 days at the latest.

The Protector of Citizens has requested the competent center to notify him within the same deadline, with all the accompanying documentation, about the activities related to the family, with special reference to the procedure of removing the child from the family. 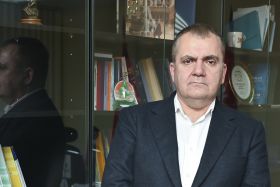